Cureit / ACUMIN was last modified: May 3rd, 2021 by aureabiolabs

Curcumin is the principal component of the Indian spice, turmeric (Curcuma longa), member of the ginger family (Zingiberaceae). At first, people used Curcumin as a food and later on discovered its impressive medicinal qualities.

The major impediment towards the use of Curcumin for health benefits is its poor availability in the blood and tissues. This problem can be trounced by our innovative Curcumin preparation. Cureit an innovative formulation  Recreates the complete turmeric matrix. As the product is available more in blood and in tissues, the functional efficacy is more.

With the potential to provide support for areas such as joint health, digestion and cognition, turmeric can be used in many formulations.... View More 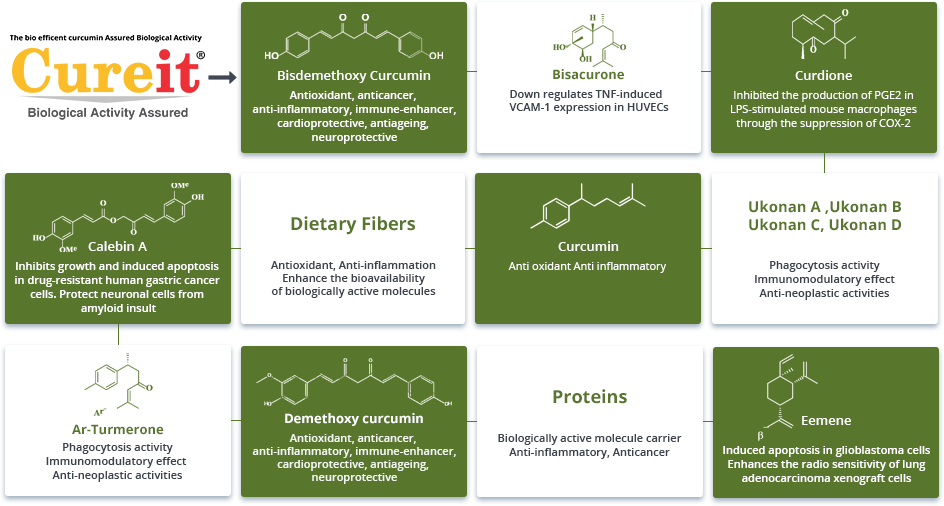 Colourless, Tasteless, Odourless of Curcumin in a highly bioavailable form